Passion: I love all aspects of the Computer Network Engineering profession, both as a Network Engineer working in the field representing ECS, and as a Cisco Certified Academic Instructor (CCAI) at NTI where I provide my students with the guidance, direction and technical training they need to secure their first job in IT as well as a continued advanced training.

Koami’s Journey to America and Beyond: In 2002, after completing his Master of Arts Degree in Economics from the University of Lome in Togo, French West Africa, Koami’s journey to America began in 2003, when he registered as an entrant in the Diversity VISA Program, and became a selected winner of the USA VISA Lottery.

Arriving in Minnesota in 2004 not able to speak a word of English, Koami enrolled in the HUBBS Center ELL program sponsored by Saint Paul School District 625. After one year, he reached ELL Level 6 and Writing Level 3, the highest reading, writing, speaking, and listening levels the HUBBS Center offers.

In 2005, he enrolled in Saint Paul College where he acquired an A.A.S Degree Microsoft Network Engineering in 2007. He then transferred to St. Mary’s University and acquired a B.S. Degree in Computer Science in 2009.

To acquire the final credential to open an Authorized Cisco Networking Academy – the Cisco Certified Academy Instructor Certification (CCAI) – he enrolled in the Cisco Instructor Training program hosted by the Inver Hills Community College. Led by Dr. Ben Franske, a PhD graduate of the University of Minnesota in Computer Science and a Cisco Certified Systems Instructor (CCSI) – one step above a CCAI – Koami personally paid for and successfully passed all five (5) Instructor Training Modules comprising the CCAI Instructor Certification.

Today Koami continues to pursue his passion for teaching in the ITC field. Happily offering the most up to date courses Cisco Networking Academy has available as well as authoring his own programs and content. 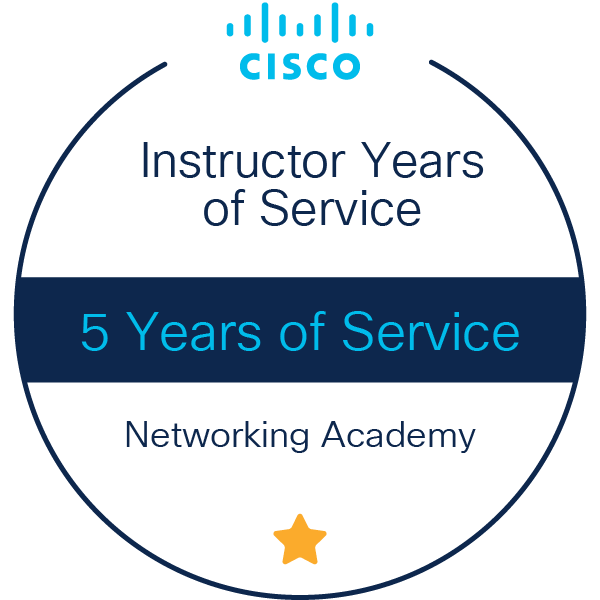